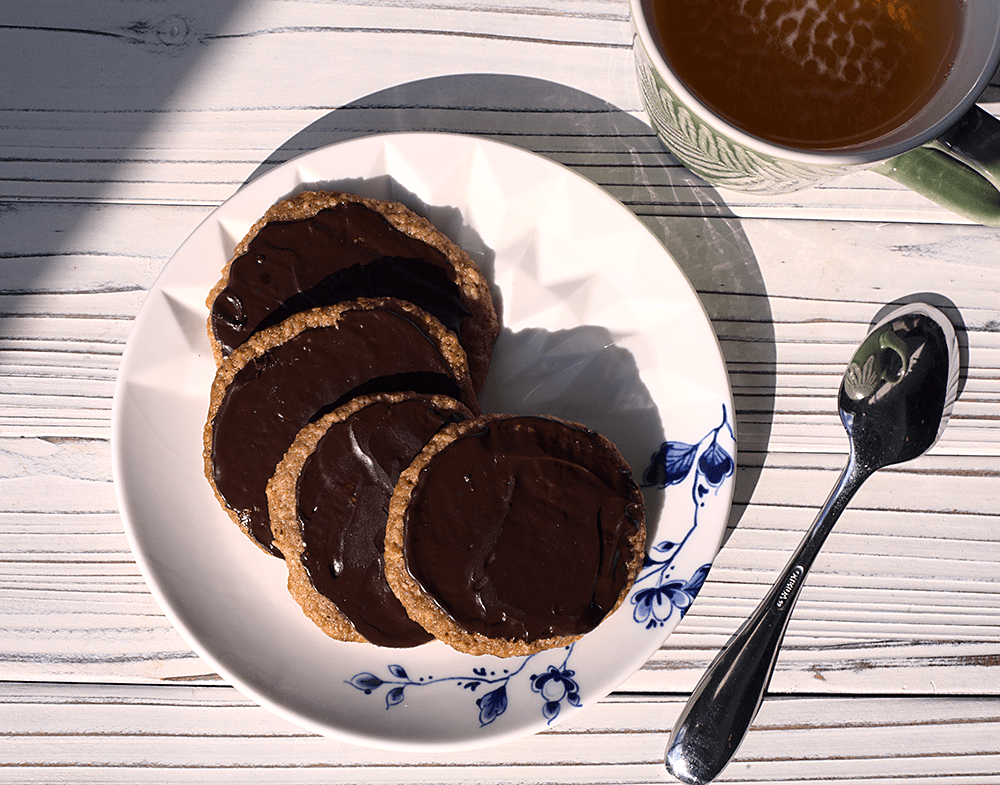 Great British Bake Off is back!!

I don’t know if anyone has noticed, but the last 6 months have really sucked. They’ve sucked for the whole world. They’ve especially sucked for the United States, and on a personal level, they have been pretty crappy personally and professionally. Baking is basically the thing that’s kept me sane. To say I was excited when BBC teased the return of bake off a few weeks ago, would be an understatement. So finally, it’s back!!

To celebrate the first episode, I thought nothing would be better than hobnobs and a cup of tea while watching. Of course, no store-bought hobnobs would do, I had to bake my own.

They are delicious and pretty easy to make. Considering how hard it is to find them in the States I’d say it’s actually easier just to make them. The only tricky part is finding the correct oats. It took a good 4 or 5 tries until I was happy. Invariably you will find British recipes that say something like ‘use Tesco oats’ or, ‘use your morning oats’ or something else that probably works perfectly well for a Brit but leaves me thinking ‘WHAT IS IT?!?!’. I forget how I finally hit on what worked for me, but it’s Bob’s Red Mill Scottish Oatmeal. Is it perfect? I don’t think so honestly, but of the things I’ve got available to me, it’s given the best results.

Recipe based off of Izy’s at Top With Cinnamon. 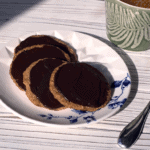 Coating – Optional (but why wouldn't you?)

I’m also excited to say I’ve joined Little House Big Alaska’s Great British Baking Show Bake-Along on Facebook. Each week I (and many others) will be re-creating either the signature, technical, or showstopper from the previous week’s episode of Great British Bake Off. Of course, I’ll be posting all the bakes here.