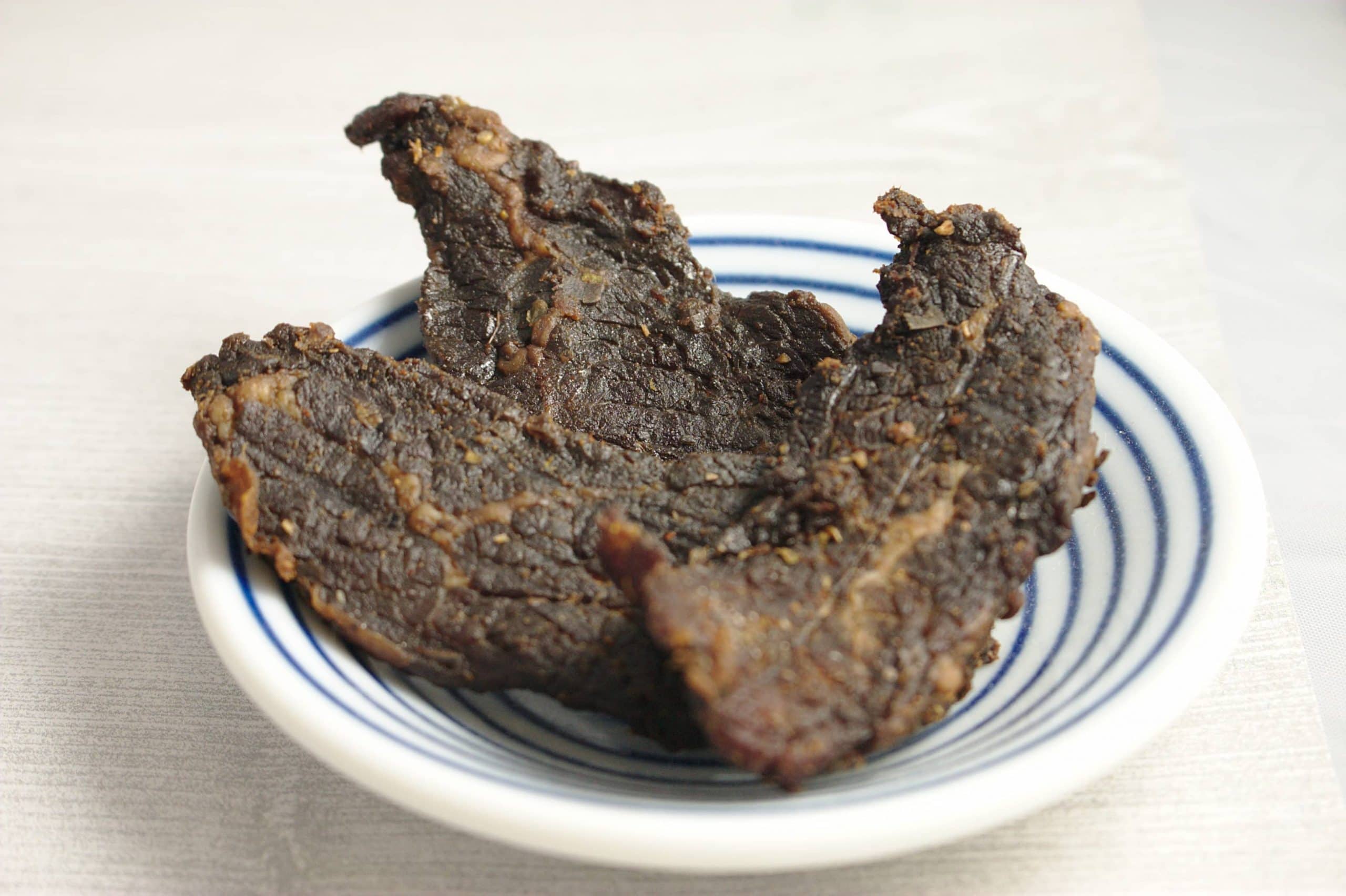 My wife and I were looking for a healthier snack to keep in the house. We both like beef jerky, but it’s super expensive, and I never seem to think to buy it unless I’m stopped at a gas station on a road trip or something. So I decided to try making a batch.

Now I now what you are thinking.. Beef jerky? That’s not exactly bread. Isn’t this a baking blog? Well, I don’t own a food dehydrator, so I did bake it.. at a chilly 175F.. for over six hours. But hey, technically baking!

How do you make jerky?

Good question! I didn’t really know either, beyond obviously drying out meat. I’m a fan of the youtube series “It’s Alive With Brad” and he has a beef jerky episode, so I watched that for some inspiration. I didn’t follow his recipe though, for one thing, he uses a dehydrator and I needed to know how to bake it. (see above)

I settled on a recipe I found on the Pioneer Woman website. With two small changes. First, I realized I was out of onion powder, but I did have this bottle of finely diced dried shallots, so I figured, hey that’s pretty oniony. Also, she calls for cooking for 3-4 hours, but I was really unhappy with the texture at that point. I cooked it for another two hours and it made world of difference. This is probably due more to me not cutting the meat thinly and uniformly enough than to the recipe giving bad advice. All in all it came out pretty good in the end.

If I did it over I’d definitely marinade longer, I only left it for about an hour. The marinade seems so dark and strong that I was afraid the jerky would end up super salty if I left it longer, but actually I feel like it could have used a bit of a stronger flavor, even though it was really nice. I’d also cut the beef more carefully and really try to have thinner, or at least more uniform, slices. 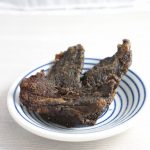 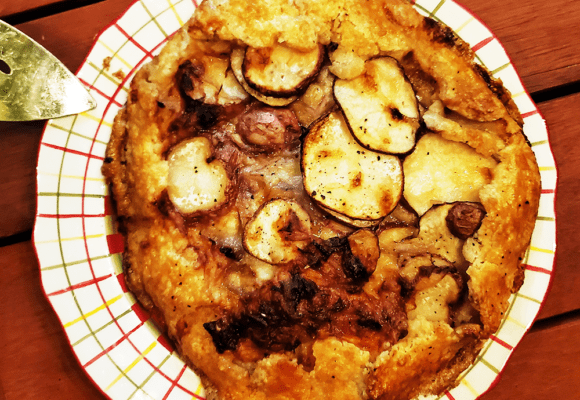