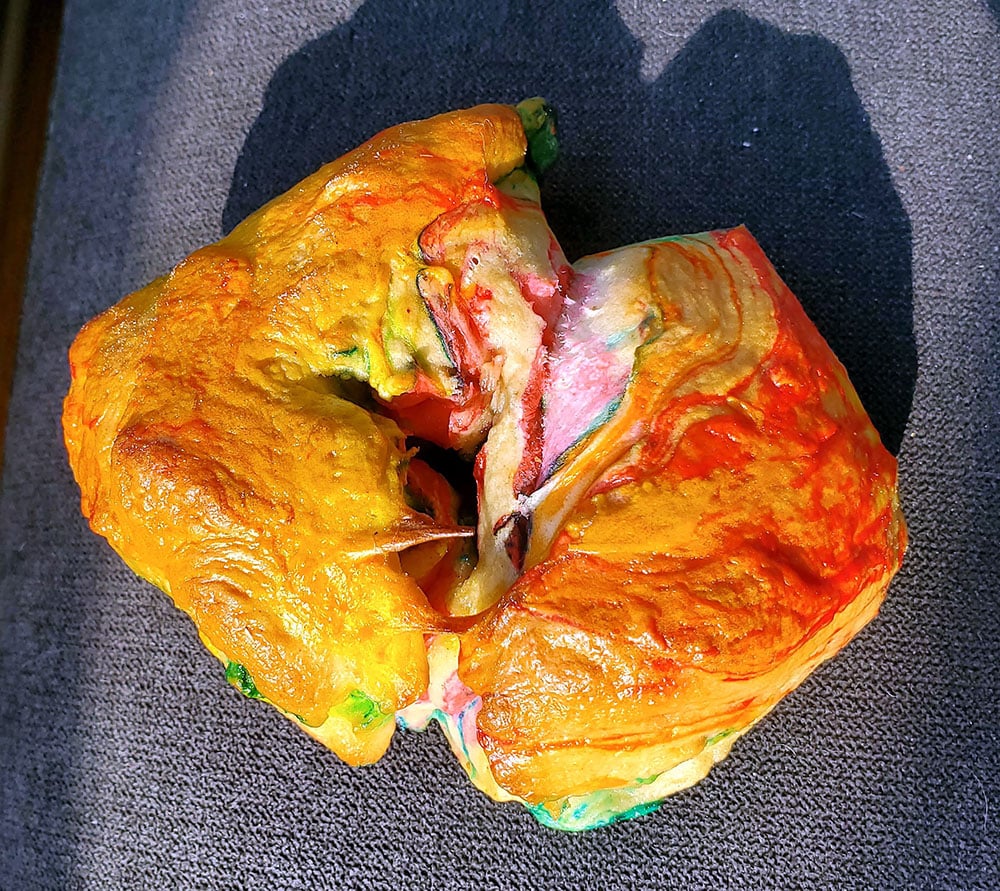 Rainbow bagels. I was really hoping this wouldn’t be the challenge, but what can you do? As a Jewish New Yorker, I take bagels pretty seriously. The rainbow bagel is a goofy gimmick that really doesn’t need to exist. To put this in perspective, I object to the cinnamon raisin bagel (much to my wife’s dismay). But a challenge is a challenge, so I made them. It didn’t go all that well.

I Can Make Bagels

For the record, I know how to make bagels. I’ve never posted them before on the blog, but it’s something I make somewhat regularly, with much better results than the above imply. For example, here is a previous batch..

Perfect? No. But way better. The process for rainbow bagels is basically make the dough as you would normally, then divide it into 6 parts and dye each part a different color. This was my first challenge, this isn’t buttercream. Working the color in to the dough was very difficult, and a huge mess. The net step I’ve seen done two different ways. On GBBO they made 6 strands and sort of braided them together. Some folks recommend flattening out the 6 pieces and stacking them then kind of forming a circle and twisting it. I did a bit of a combo of the two which sort of turned in to just mashing it all together because I could not get the 6 pieces to reincorporate and attach very well. So you end up with this..

I think you could best describe what I made as what a bagel would look like if you ate it while on acid. The good news is, they tasted just fine. They were a bit weird to eat because of the construction issues from the dough(s), but they were pretty decent to eat. That being said, next time I make bagels I won’t be doing the rainbow variation.