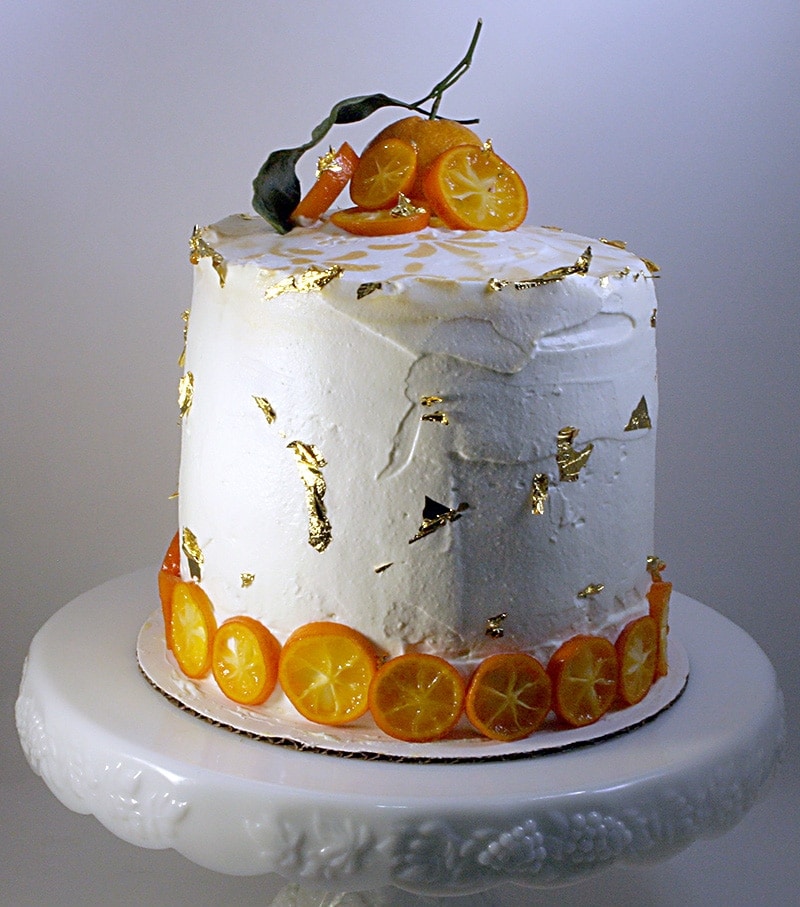 Last week was my wife’s birthday, so a special cake was called for. We had been to Argentina a few months back, and had a jar of genuine dulce de leche we had yet to use, so she requested that figure in, and she wanted it light (oops) and a bit fruity.

After a bit of research, I settled on a recipe I found HERE. Sort of. In making a test batch I realized the recipe was incomplete. In one step it said ‘add the sugar’, but there wasn’t any sugar listed in ingredients. There had been ‘glucose’ (for which I substituted light corn syrup) so I assumed it was that. But then I got to a later step, and you guessed it, needed the glucose. So clearly something was wrong. I referred to the Bouchon Bakery cookbook that the recipe was inspired from, and found the Madeleine Cake recipe that was clearly the inspiration. It called for 180g of sugar, so I used that much..

But then, the cake I made ended up not rising at all, I had like a 1/4 inch cake. Even at 6 layers, that was clearly not correct. So I ended up tossing out the blog’s cake recipe and using the the straight Bouchon Bakery recipe, simply substituting satsuma juice for the lemon juice in the book’s recipe. The book recipe called for less juice, more flour, and it rose and fluffed up just as I’d hoped..

A few days prior, I made some candied kumquats to be used as decoration on the cake. Basically, sliced up some kumquats and put them in a mason jar filled with simple syrup. While the cake rounds cooled in the fridge I spread out the slices on some paper towels to dry a bit.

I frosted layers of the cake with alternating dulce de leche and satsuma curd, until I had a cake 6 layers high.

The I used the remaining curd for a crumb coat around the whole cake. After letting that cool for a bit in the fridge I covered the whole cake in home made whipped cream. The original recipe called for butter cream but my wife wanted a lighter and less sweet cake.

While the covered cake cooled in the fridge I did some test mockups of decorations using paper towels for stand in cake tops.

Then I decorated. I used a stencil and edible glitter spray to paint a pattern on the top. Placed a whole satsuma surrounded by some candied kumquat slices, and used some leaves from the fruit to accent it. Lastly a bunch of edible gold leaf (that I had never used before and was a pain to work with) spread around.

The rest of the cake was kept pretty simple, a ring of kumquat slices around the bottom, and some edible gold leaf placed haphazardly here and there.

Lastly, since it was a birthday cake, we needed some candles for the singing of Happy Birthday.

Finally, after about 3 days work, it was ready to slice and serve. Voila!

It was a huge hit. If I were to make it again I’d be less afraid of the dulce to delche. I didn’t want to use too much and overpower everything, but actually more would have been nice. Other than that I was quite happy with the results, and so was my wife. 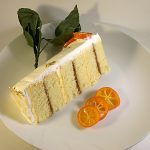