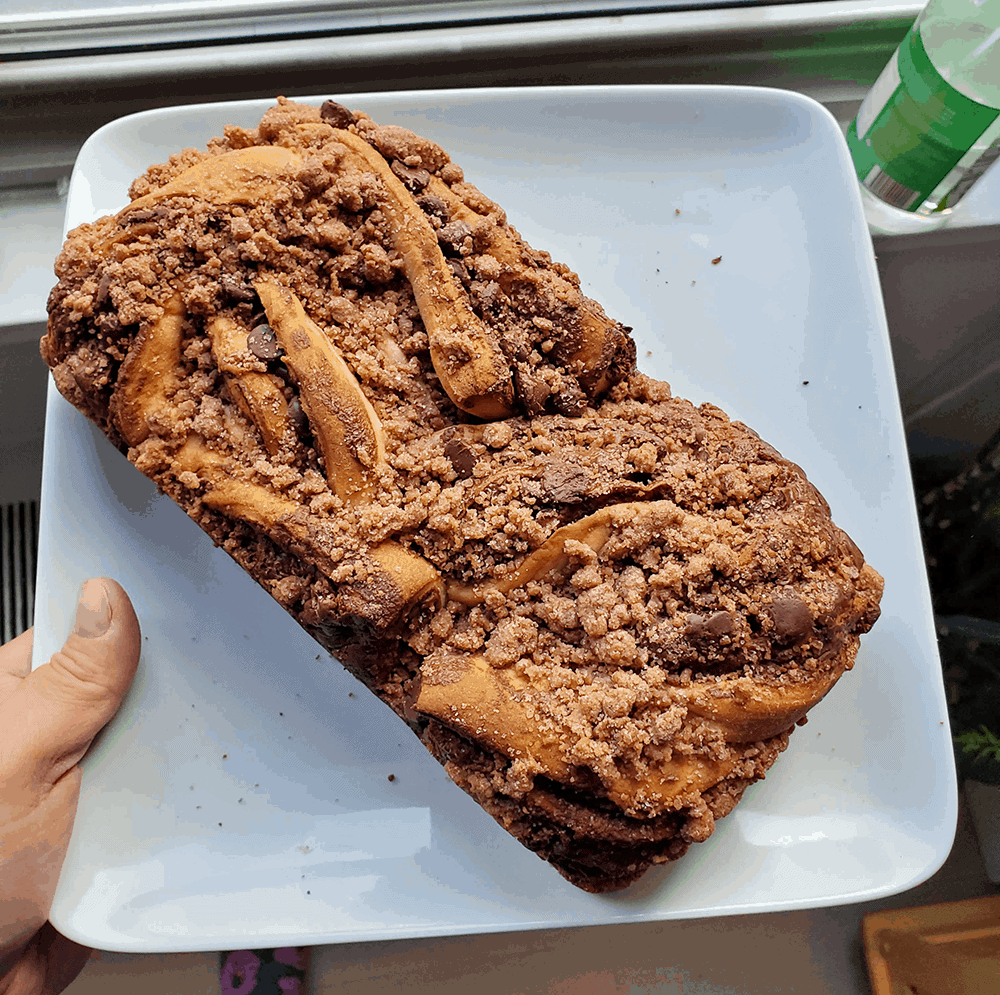 This past weekend my wife and I attended a potluck friendsgiving brunch. Of course I decided to bake something, and babka seemed like the obvious choice. I originally intended to just make Breads Bakery’s Chocolate Babka recipe. When I said I was bringing babka someone from the group requested cinnamon, citing Seinfeld’s “Cinnamon takes a backseat to no babka!” rule.

I decided to add a streusel to the top, but had a small problem.. I had used up all my brown sugar making the babkas. So I ended up winging it. I used white sugar instea of brown, added a bit of sugar in the raw for color, decided that wasn’t enough, and added a bunch of unsweetened cocoa powder for more color. It worked quite well, I just was a little heavy handed with it.

I also screwed up forming the babkas. Since I was doing two different fillings I needed to split the dough before filling and rolling.. This shouldn’t have been a problem, but I got myself confused and ended up cutting the dough too many times so I basically had to braid the dough to shape the loaves. It all worked out though, and I got a ton of complements at the brunch.